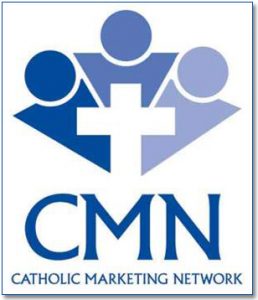 My novel about the family of Jesus — MY BROTHER’S KEEPER — was just premiered at the annual trade show of the Catholic Marketing Network.

Held in Schaumburg, Illinois, one of the fabled western suburbs of Chicago, this event is where retailers gather to check out the latest titles from Catholic publishers plus new products from manufacturers of religious objects and Catholic-themed items.

It’s a trade show much like any other, complete with eye-catching displays, free giveaways, and tireless networking. Yet, it’s unlike other business expositions in certain distinctive ways.

For instance, you aren’t likely to find Mass and confession offered during a plumbing supply expo. And how often do you run into a Eucharistic procession snaking its way through a convention center hallway?

Saint Joseph Communications, my distributor, invited me to be on hand. I met book dealers, autographed copies of MY BROTHER’S KEEPER, and explained my rather unconventional take on Jesus’ relatives and how their lives were touched by controversy over His ministry.

I told my story so many times, I was pretty hoarse by the end of the event. But it was a great experience, giving me a much better feel for the retail sector of Catholic publishing.

It also convinced me that I have to work on my penmanship. My signature is rather on the sloppy side, and the more books I signed, the worse it got. 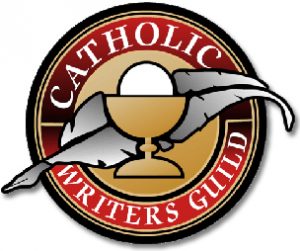 As a member of the Catholic Writers Guild, I also attended several functions held in connection with the trade show. CWG staged some extremely useful advisory sessions that covered self-publishing, pitching book ideas to publishing companies, legal issues involved in writing, and numerous other subjects that touch the goal of getting ink on paper with Christian conviction.

Highlights of the week included a rip-snortin’ pro-life homily from Fr. Frank Pavone of Priests for Life, and the granting of a special award to longtime anti-abortion crusader, Joe Scheidler.

If you haven’t visited a Catholic bookstore lately, you might be surprised at the impressive variety of fictional works that fill the racks, as well as the level of both literary and graphic sophistication.

I can recall when contemporary Catholic fiction consisted pretty much of Canadian author Michael O’Brien’s quasi-apocalyptic novel, “Fr. Elijah,” (along with a small handful of wannabe authors, like myself with my two little Catholic mysteries*).

Nowadays, Catholic authors are working hard to close the sales gap with Evangelical novelists. There’s still a long way to go, of course. I doubt we’ll see anything like a Catholic version of the “Left Behind” phenomenon very soon.

But we are seeing the development of an extensive literary genre that explores all areas of life from a Catholic point of view. And let me tell you, Catholic writers are getting pretty bold — not to say edgy.

I was shown one novel with a controversial take on that famous “thorn” in the side of Saint Paul. The author posits that Paul’s burden was same-sex attraction, and the plot revolves around the apostle’s struggle and ultimate conversion to chastity.

That may be pushing the envelope of edgy a bit too far for many people. And I haven’t read the book, so I can’t say if the author’s speculations are in any way plausible.

But it does offer me a sense of relief. I was afraid my book might be too controversial.

As with most of religious communication, Catholic publishing and its retail components are evolving. Some older shops have closed, but there are new outlets appearing around the country. And of course, more and more online book marketers are popping up all the time.

Also, some of the Evangelical retail chains now have Catholic sections. A spirit of ecumenism prevails — and the recognition of a good-size Catholic market out there.

My advice is to support your local Catholic bookstore.

One thing I discovered at the CMN trade show is that store operators are quite knowledgeable. They read the stuff they put on their racks. Which makes them extremely helpful when you’re searching for a particular title or seeking suggestions on which books might address topics of interest to you.

The next time you’re in, ask for a good historical novel about the family of Jesus. They might suggest MY BROTHER’S KEEPER.

If you feel called to become a Catholic book dealer, check out the Catholic Marketing Network…